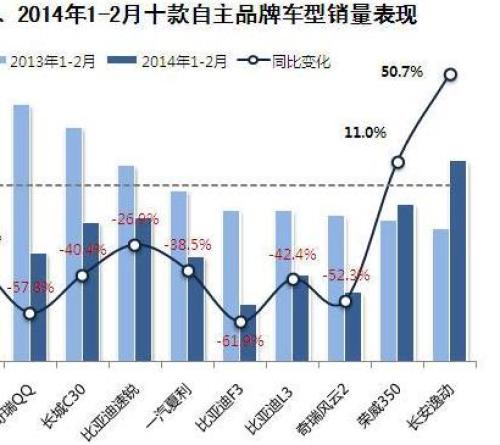 German sales exceed autonomous cars
In the first two months of this year, the sales of self-owned brands did not perform as well as the overall level of the passenger car market. The main reason was that self-owned brands suffered setbacks in the car market and sales fell sharply.
In January-February this year, the sales of self-owned brands (including joint-venture brands) totaled 473,300 vehicles, a decrease of 18.0% from 576,800 units in the same period of last year. In the major market segments of cars, the sales of self-owned brands declined. In terms of market share, autonomy's share in the car market fell by 6.7 percentage points year-on-year, falling below 1/4 to 23.2%, surpassing the German brand (29.5%), which is the lowest level in recent years.
"The Big Four" Independent Business Cars Declined Significantly
In the first two months of this year, the sales of many self-owned brand cars have fallen sharply. Among them, the more prominent are the traditional "big four" independent brand companies - Chery, Geely, BYD and the Great Wall.
Geely auto sales fell from 86,100 vehicles to 50,000 in January-February this year, a sharp drop of 41.2% year-on-year. According to the relevant person in charge of Geely Automobile, this is mainly related to the reform of the internal marketing system and the fact that this period is in the off-season of traditional export sales.
BYD sold 43,300 sedans for the first two months, a year-on-year decline of 41.8%. Sales of Chery and Great Wall Motors sedan fell 23.4% and 28.9% respectively, to 54,400 and 27,200.
However, there are also some auto brands that have achieved rapid growth in car sales. Among them, due to the new listing of the hippocampus M3, the sales volume of sedan cars increased from 2031 units in January and February last year to 15,100 units. Brilliance Automotive and Dongfeng Nissan (herein referred to as Qichen) boosted sales of new cars by 22.6% and 23.4% respectively.
The top ten independent cars are not stable
Self-competing cars are less competitive and cannot stand still in the market, which is the root cause of the decline in sales of autonomous cars. Of the top 10 auto models sold in the January-February period last year, 80 percent of sales fell sharply in the first two months of this year. Among them, Xiali, BYD F3, and Fengyun 2 have fallen out of the top ten in the rankings in the first two months of this year. Only the Yat moving and the Roewe 350 of sales growth have gradually entered the heavy volume phase. In the first two months of this year, the sales volume increased by 50% to 22,700 units, becoming the top model of the autonomous sedan. Roewe 350 sales volume increased by 11.0% to 17,800 units, slightly lower than Yidong and Emgrand EC7.
Also worthy of attention are the Chery E3, the Haima M3, and the Beijing E-series. This year, January-February sales of 17,400, 14,400, and 1,200,000 vehicles entered the top ten.
In January-February this year, the top ten models of self-owned cars were Changan Yidong, Dihao EC7, Roewe 350, Chery E3, BYD Speedy, Great Wall C30, Haima M3, Yuexiang V3, Chery QQ and Beijing E series.

It is a fully automatic, can work 24 hours continuously, mainly used in blister mass production. 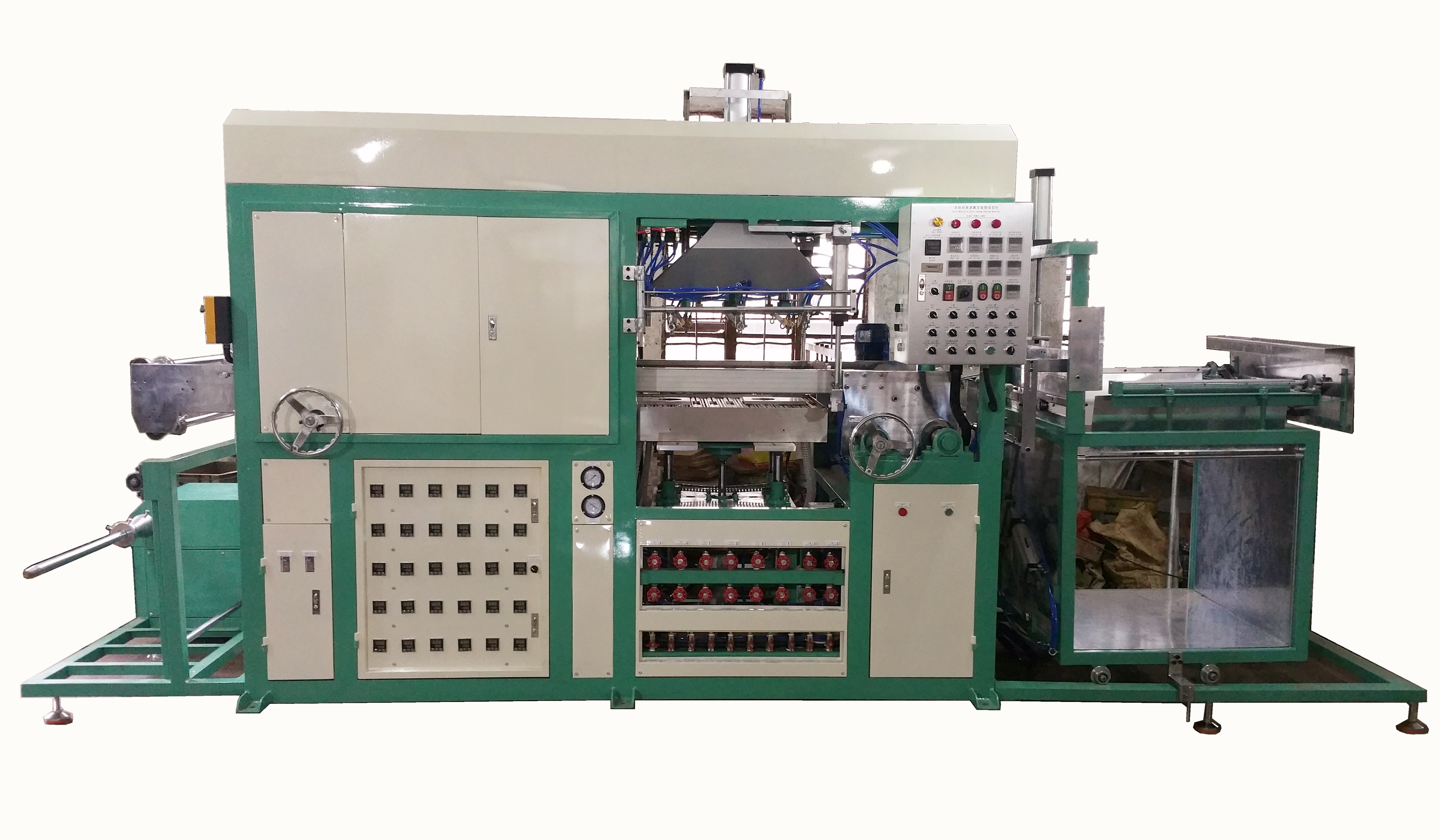