"The plan for the opening of the auto joint venture stocks is already under study. The current statement will be announced before the second half of the year." On April 12, a person from the former State Council Development Research Center disclosed. The reporter immediately verified with the relevant departments, but many of the competent authorities in the automotive industry that the reporter interviewed said that they had not heard the news released during the year. However, we got a more precise reply from a senior person at the Development Research Center of the State Council. â€œThe plan to liberalize shares will come out before the National Day at the latest, including clear policies and specific adjustments. Because many things need to be done before the end of the year. Put in place.â€ The source said.

"On the news that the (shares ratio liberalization) policy will be landed before the second half of the year, there is certainly no authoritative channel to confirm with the outside world now, because even if it has been eighty-nine, there are many variables after the Sino-US trade friction. After the Boao Forum made a statement confirming that the equity ratio of the auto manufacturing industry will be opened, the policy will certainly accelerate.â€ According to an analysis by the relevant personage of the former Research Institute of Market Economy of the State Council Development Research Center.

Although the specific time for the stock to open ratio is not yet known, the release of the joint venture stocks in the automotive sector has finally come to a standstill and will accelerate. On April 10, at the opening ceremony of the 2018 annual meeting of the Boao Forum for Asia, he stated that China will greatly ease market access, and that this liberalization will focus on the financial industry and manufacturing industry. At the same time, it also made it clear to the world that the door to China's opening will only grow bigger and bigger. 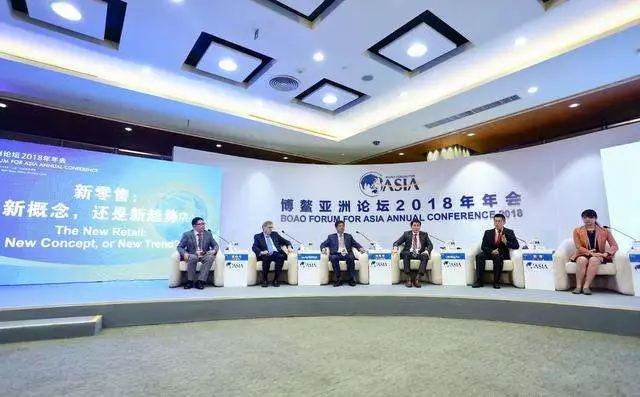 "This year we will launch several significative measures. In the service industry, especially the financial industry, the major measures announced today at the end of last year to liberalize the ratio of foreign-capital stocks in the banking, securities, and insurance industries must be ensured, and the insurance industry should be accelerated. The process to relax restrictions on the establishment of foreign-funded financial institutions, expand the scope of business of foreign-funded financial institutions in China, and broaden the scope of cooperation between Chinese and foreign financial markets."

In the manufacturing industry, it will speed up the release. â€œIn terms of manufacturing, it has basically been liberalized. The reservations are mainly limited to a few industries such as automobiles, ships, and aircraft. Now that these industries have an open foundation, the next step is to relax the restriction on foreign investment ratios, especially the restrictions on foreign investment in the auto industry. ". The liberalization of the auto sector has been regarded as a sign of Chinaâ€™s further opening.

With the clear direction of the policy, the impact on the company will immediately arise. In addition, the entire vehicle group that has a joint venture with foreign car companies is also studying the policy implications and has already prepared the plan at the beginning of the year. â€œAt the internal conference of the previous year, the group discussed the possibility of liberalization of the share ratio, and correspondingly, there was adjustment in the direction of development. We were foreseeable that such a situation might have occurred, but did not think so soon.â€ Dongfeng Group I An insider said. However, the former State Development Research Center of the State Council still told reporters that the final time may change in combination with changes in the domestic and international environment, but it will not be delayed for too long.

Shares to open up to countdown

According to the current automobile industry policy, the proportion of Chinese shares in Chinese-foreign joint venture production enterprises must not be less than 50%. Once the limit on the number of joint venture shares is released, it may mean that foreign investors have "qualified" to become a controlling party in the joint venture, or even to build a wholly-owned enterprise. In fact, in the past ten years, the auto industry has never stopped controversy over whether it is time to liberalize the ratio of full-vehicle joint ventures. However, the biggest obstacle to reform may come from the state-owned large-scale automobile group.

Relying on the joint venture stocks for protection than restrictive policies, state-owned large-scale automobile enterprises have become de facto vested interests, and have formed powerful alliances with certain government authorities and lobby government agencies on the basis of â€œindustrial securityâ€. And industry associations. In 2016, the relevant responsible persons of the Ministry of Industry and Information Technology and the National Development and Reform Commission once said that the joint venture stocks in the automotive industry have become a â€œdefinite outcomeâ€ compared with the release of the joint venture. Since then, China National Automobile Industry Association, China Automotive Engineering Research Institute and China Automotive Technology and Research Center have jointly united four major auto groups such as FAW Group, Dongfeng Group, Beiqi Group, and Chang'an Group, clearly opposing the release of shares.

However, the pressure on China is also growing. When China joined the WTO in 2000, China had promised not to limit the foreign company's share of the auto parts and engine joint-venture production enterprises, but it was required that the foreign share ratio of auto vehicle joint ventures should not exceed 50%. In 2016, some senior executives of the China Association of Automobile Manufacturers stated that auto companies can't let go of their liberalization, but how to let go. They need to leave their autonomy for at least eight years. In the process, some foreign brands are also waiting for the opportunity to establish a wholly-owned factory - such as Tesla, and even rumors that Lexus is also waiting for this opportunity. 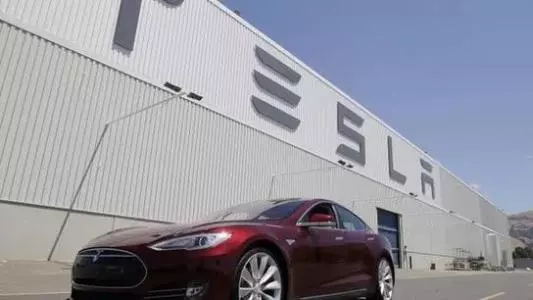 Judging from the national policy, only one day after the financial industry highlighted, Chinaâ€™s central bank governor Yi Gang immediately announced at the Boao Forum for Asia a series of measures to further expand the opening up of the financial industry. These measures include the cancellation of the restrictions on the proportion of foreign ownership of banks and financial asset management companies, and the six openness measures, including internal and foreign investment, which are expected to be implemented by June 30th. The automotive industry, as a representative of manufacturing restrictions, is also the focus of the â€œnext stepâ€ of the financial industry. Some people from the Development Research Center of the State Council stated that it is expected that the speed of release of the auto industry will accelerate and will not â€œdrag too longâ€. ".

â€œThe joint venture between Chinese auto industry and foreign companies has already gone deeper and has already established a good foundation for cooperation. In addition, the auto industry in China has also become stronger. Now it is more open to foreign investment in auto industry. The impact of this kind of domestic industry will not be very big. We expect it to be implemented soon. Another point is that just now the trade war between China and the United States is also partly to Chinaâ€™s adoption of this opening up and response to the United States. Other areas are faster. Maybe it will be months.â€ On April 12, a core person at the Development Research Center of the State Council said.

For auto companies, especially for auto companies with joint ventures, joint ventures have already generated more shocks than release. Dongfeng Group announced a year ago to concentrate its efforts on promoting the development of its own brand â€œAeolusâ€ and accelerated the reform of state-owned enterprises. It is reported that changes in the Dongfeng Group include linking the performance appraisal of senior executives with the performance of independent brands directly. This has not been the case in the past. At the same time, in the autonomous sector, Dongfeng has moved closer to the direction of marketization in its talent system and compensation system. â€œThe risk awareness has been strengthened, and after the reform, the vitality of Dongfeng has significantly increased.â€ Insiders of Dongfeng Passenger Vehicle said to the Economic Observer. 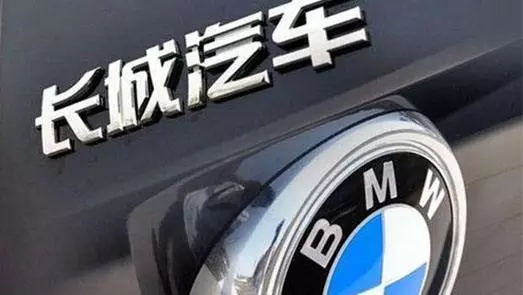 Some brands that are relatively strong in China may demand an increase in their shareholdings. At the same time, some brands that have not yet started domestic production will require wholly-owned establishment of factories. â€œThe relatively large car companies in the world have established joint ventures with domestic companies. One car company has two joint venture indicators. Only a few of Mercedes-Benz and other companies have not established a second joint venture vehicle enterprise, and the pattern of the domestic market is already set. The automobile industry can develop rapidly by making car enterprises more market-oriented. This policy is favorable to car companies and brands that have joint venture targets such as Tesla, Mercedes-Benz, BMW and Toyota Lexus.â€ In response, Li Yanwei, an analyst in the automobile circulation industry, analyzed.

However, for most joint ventures, maintaining the current situation may be the best option. Some relatively strong brands do not change the status quo unexpectedly. For example, BMW, as the joint-venture company BMW Brilliance has entered the China Brilliance China listed company, if it adjusts the proportion of shares, it will have a huge impact on listed companies. This will be a "disastrous" blow for Brilliance, and Brilliance will certainly If you fight back, you will lose both. When BMW announced the joint venture between MINI and the Great Wall in 2017, it also emphasized that the BMW brand would only be in joint venture with Brilliance to fully reassure.

On April 11th, Nigel Harris, president of ChangAn Ford, a representative of Ford's interests, said when he talked about the ratio of Chinaâ€™s auto stocks, he said, â€œSo far it hasnâ€™t had any impact on us.â€ And as executive representative of China Changâ€™an He Chaobing said, "I think this will have an impact on the entire automotive industry, not only Changan Ford." But He Chaobing said that even if the shares are open, I believe top-level design will also have a very comprehensive consideration, and that Ford does not Will seek to change the status quo. The state will have comprehensive considerations. "This is the direction of the country's strategy and the country's future development, and Ford will certainly do it in accordance with the relevant laws of the country including the direction of operations," said He Chaobing. 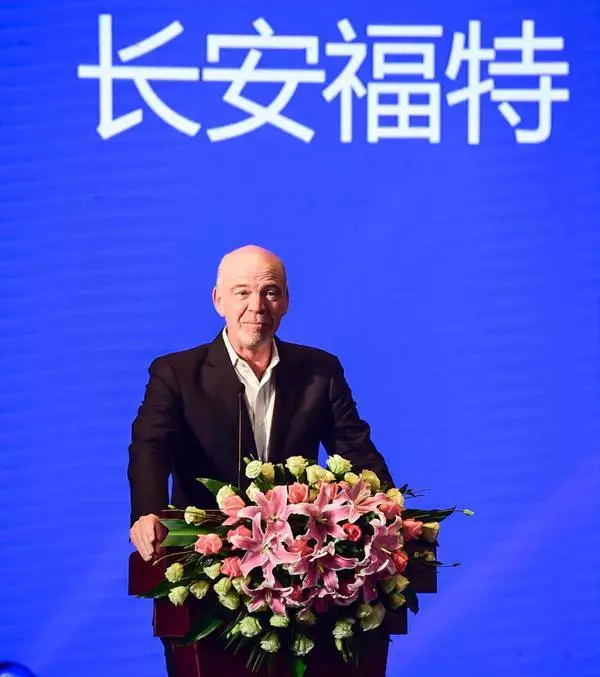 In the complicated Chinese market, if you abandon the Chinese joint venture partner to go it alone, it will also be a huge challenge. Before that, there were many foreign car brands that were eventually distorted because they did not understand China's national conditions and market demands. In fact, in many previous interviews, the executives of some foreign car companies have stressed that China's irreplaceable role in the country. In fact, Chinese car companies also need to enter into joint ventures with local companies in the process of going overseas. â€œThis is more convenient for the development of the enterprise and saves a lot of trouble. There are many situations overseas that cannot be solved on their own,â€ said a senior Chery executive who told the Economic Observer.

On April 12th, at a high-end forum organised by the Chinese auto industry, relevant responsible persons once disclosed that Tesla will formally establish a wholly-owned factory in China in 2018. This news seems to be corroborated from the side. The above-mentioned auto industry joint venture shares are more likely to be officially released within the year.